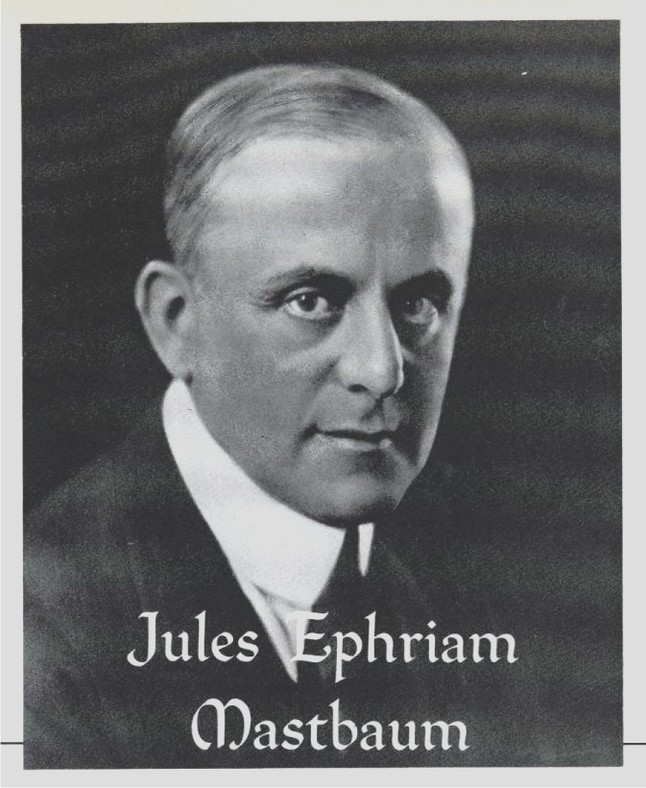 Some people claim that the history of Mastbaum Vocational-Technical School begins with its opening. Others believe that it has its beginnings in the efforts of a small group of far-seeing men who sought to establish a fully equipped vocational school for the boys and girls of Philadelphia. Outstanding in that group was Dr. William Ziegler of the Board of Public Education. Given the privilege of selecting a name for the school, he chose JULES E. MASTBAUM, whose life he hoped would prove an inspiration to vocational students.

Jules Ephraim Mastbaum was born in July 6th, 1872, into a well-to-do family. He graduated at the age of seventeen from the Central Manual Training School of this city, and then he attended the Wharton School of the University of Pennsylvania.

His first job was that of shipping clerk in a branch of the Gimbel Brothers Store in Danville, Illinois. He gradually worked his way up to become a buyer and later was made the European representative of the company. In 1901, he left Gimbel Brothers and, with his brother, Stanley, and Alfred W. Fleisher, ventured into real estate. In 1905, he decided to invest in the then new industry of motion pictures, eventually becoming president of the famous Stanley Company of America.

While he was still European representative of Gimbel Brothers, he became very much interested in the work of Auguste Rodin and began collecting originals and recasts of the work of that great sculptor. The famous collection, assembled during his lifetime and now housed in the Rodin Museum in the Parkway, was Jules E. Mastbaum's gift to Philadelphia. He was a great lover of music and a patron to the Philadelphia Orchestra, which interests made him a close friend of Leopold Stokowski.

Mr. Mastbaum was always very charitable and civic-minded. Among his works for the community were the following: aiding in establishment of the Eagleville Sanatorium for tubercular patients, completely equipping a laboratory for research in infantile paralysis at the Jewish Hospital, and granting a loan fund to aid in "setting up deserving young men of good character in business." 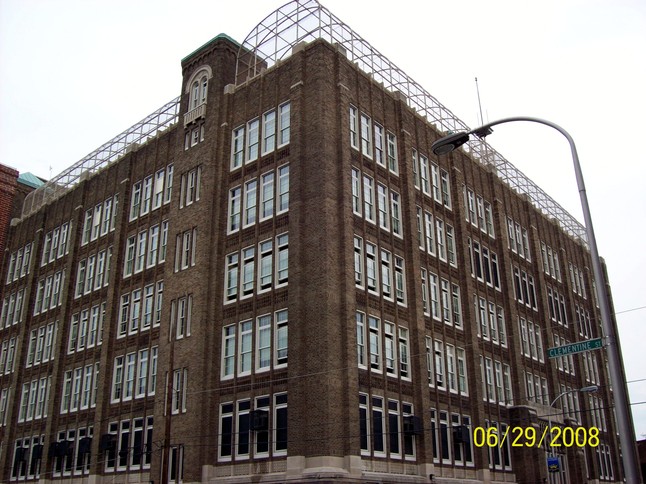 Hail, hail the red and blue Standard of brightest hue

Sing out your praises, loud and clear And let them all ring true

Come rally ‘round your banner, let it wave Unfurl it upward to the sky

FIGHT, FIGHT with all your might, to keep it high