This annual event helps raise funds for the Ralph "Bones" Schneider Graduation Award.  Proceeds from this year, $1,200.00, was donated to this fund and we will award two monetary awards at graduation on June 19th.

The RALPH "BONES" SCHNEIDER MEMORIAL AWARD  is presented at graduation each year to a student to excels in sports, maintains a 3.0 GPA and is continuing his/her education in college or a technical school. 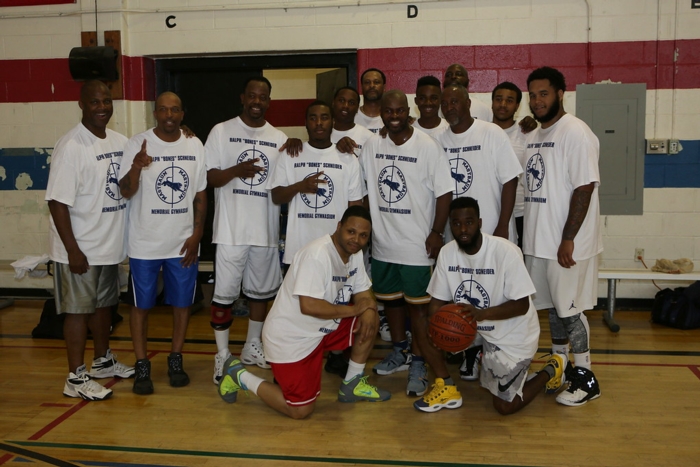 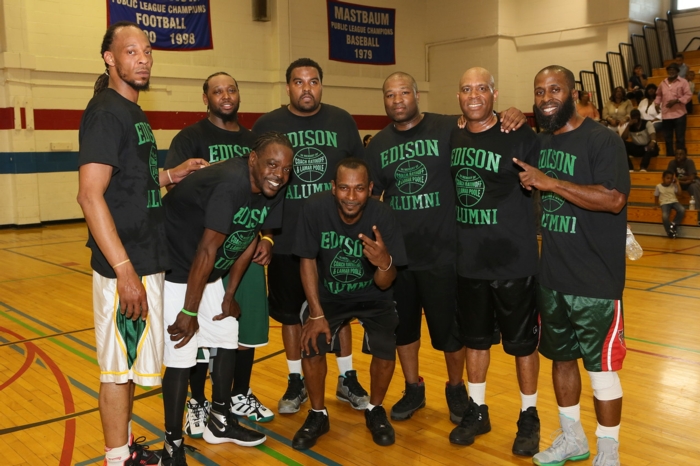 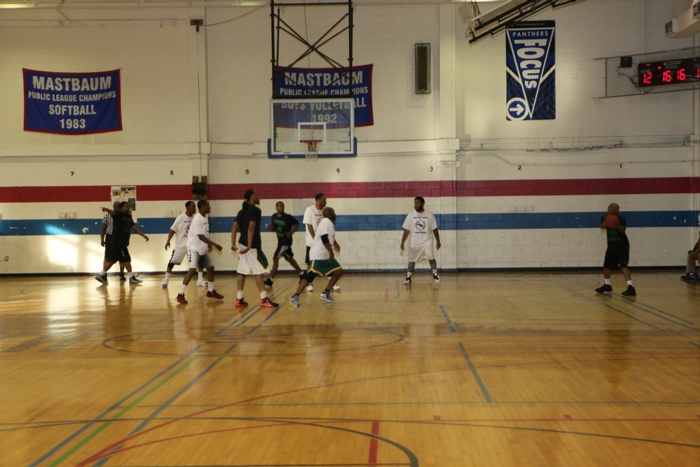 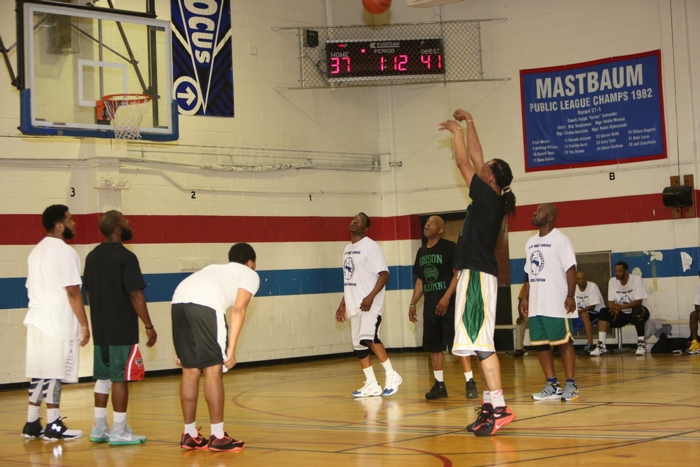 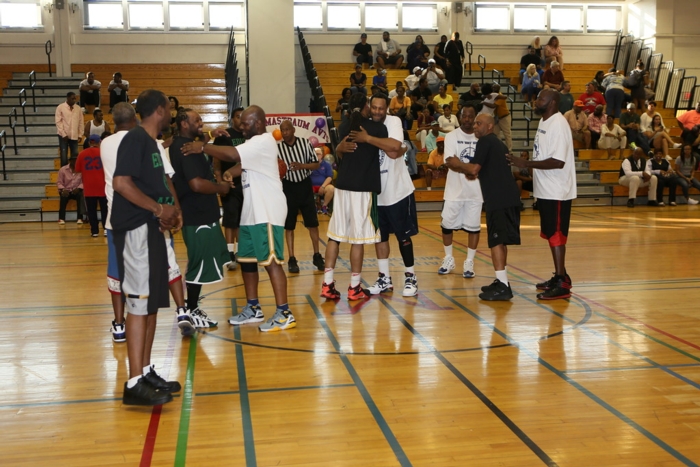 HUGS AT THE END, EVEN THOUGH THE "BEST TEAM" LOST 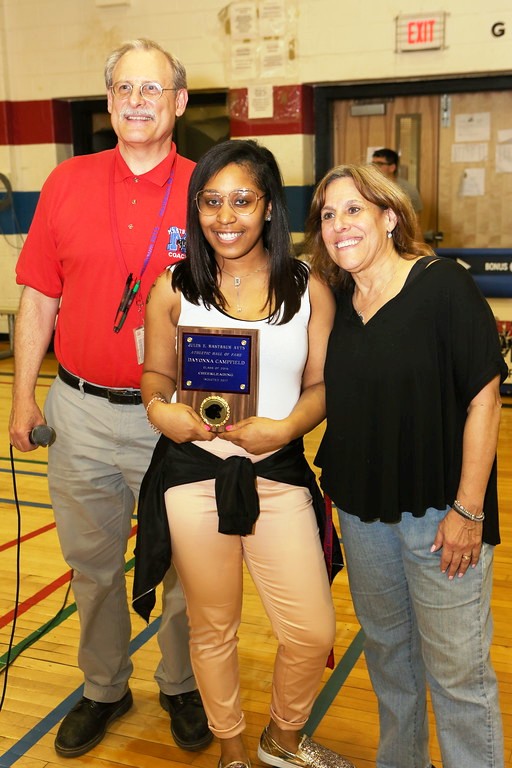 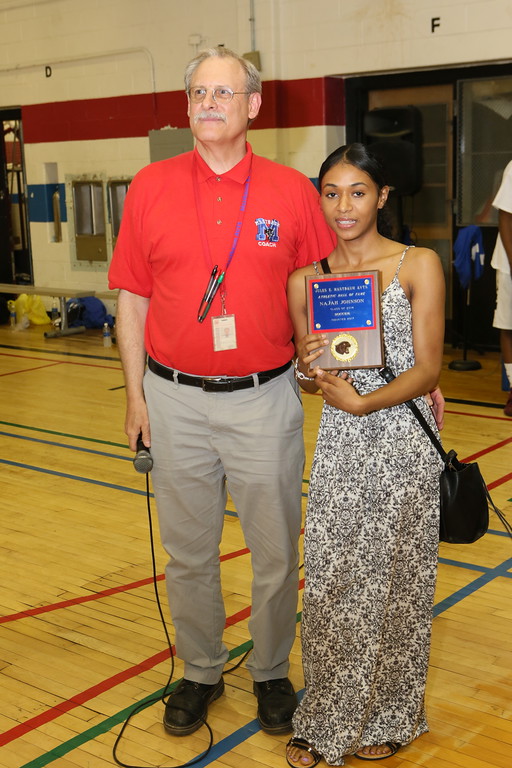 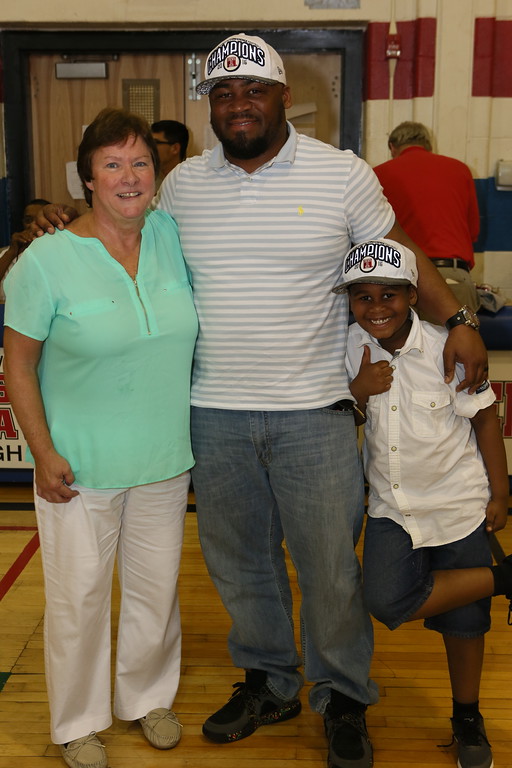 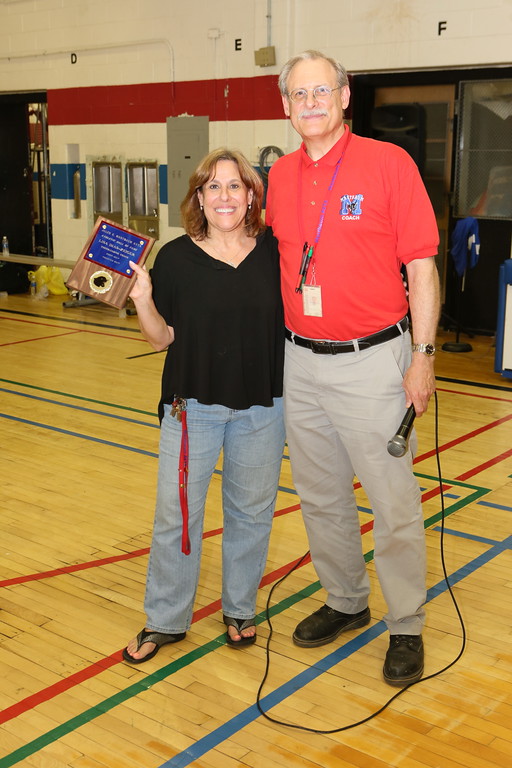 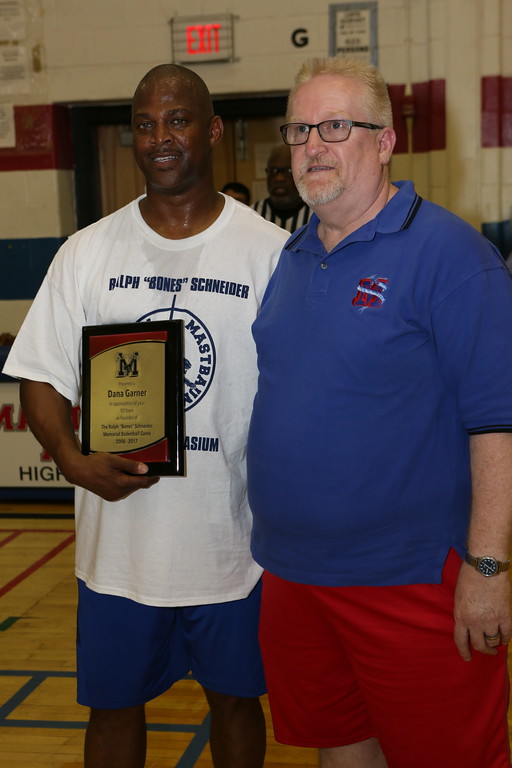 Dana Garner 1983 "Thanks from JEMAA for ten years of organizing the alumni basketball game"! 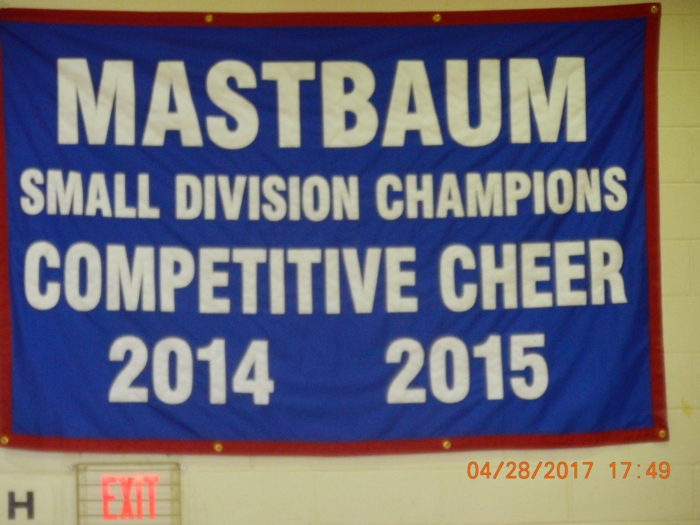 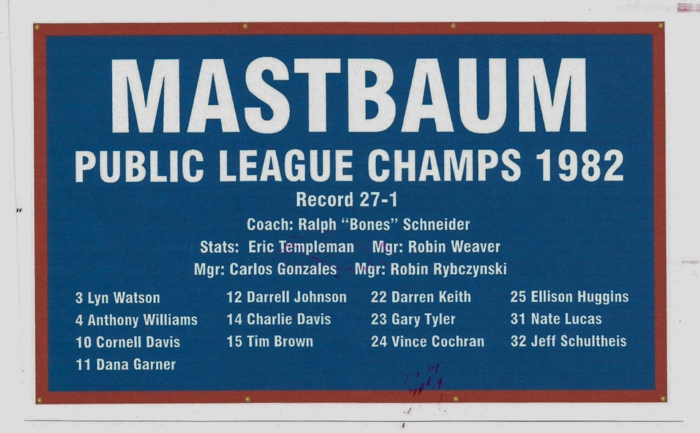 Another new banner hoisted in 2017